Gerald begins preparing for bariatric surgery two weeks before the procedure. Consisting of clear liquids, lean protein, and vegetables, the pre-bariatric surgery diet not only clears the digestive system, but also helps prepare patients for their diet after surgery. To supplement the dietary change, the doctor also recommends exercise at least 30 minutes a day and breathing therapy in the weeks before surgery.

Okay, so I'm on my pre-op diet phase. I've got my surgery scheduled for August 31st, and I'm basically within the two weeks prior to my surgery. And so I've been doing the pre-op diet here for the last three days, and the pre-op diet for Dr. Hidalgo is considered basically you can have clear liquids. You can have lean protein. You can have your protein shakes as well as vegetables and salad. And so what I normally do here is have a protein shake a day with the protein shake the one that Dr. Hidalgo recommends is the Isopure Zero Carb. It has absolutely zero carbs, and so it's actually good for you and they have nice flavors. The protein shake you can put one or two scoops into the shaker. Each scoop has between 30 and 40 grams of proteins, so if you put one or two scoops in just depends if you have one or two scoops so 30 to 60 grams of protein and also how much protein you are already consuming along with the course of the day. For me typically, I'll have my protein shake in the morning, and then for lunch I will have a chicken breast and some vegetables, and then for dinner I'll have a different lean protein. It could be a fish or a turkey and a salad or some vegetables. The protein shake is nice because you feel full when you drink it, and it gives you the added benefit of extra protein and you can also use it after surgery. But right now in the pre-op phase the pre-op diet it's pretty simple. It's easy to do. It's easy to follow you just have to stay away from your carbs and focus on your protein and vegetables and water, clear liquids. In the second phase of the pre-op diet is balloons. So we have to blow up the balloons to strengthen our lungs and Dr. Hidalgo actually wants us to blow up 40 balloons a day to help strengthen the lungs. Now the best thing to do is always get a brand new balloon, and then when you're done blowing it up, you'll discharge the balloon, throw it away and then start with a new balloon. So all you have to do is each time you have your balloon, blow it up and then let it go and then get another balloon and you'll do 40 balloons a day. Okay, so right now we're about day four in the pre-op phase of the pre-op diet, and I just came out to the beach today. But during pre-op phase it's always good to get some exercising, and typically I'll take a walk at the house or come out to the beach. Thirty minutes a day is perfect, not too stressful, get some exercising pre-op, and for me I just take a walk on the beach or be at home and do some simple walking around the house, around the block, stuff like that. So for the two weeks pre-op that's what I've been doing coming to the beach walking for about 30 minutes a day. Okay, so today we are doing the pre-op testing. Normally the pre-op testing is done when you arrive on the day of surgery, but because I live here, we've done it ahead of time so that we can do the surgery on the day of surgery. I just have to come in and we'll do the surgery. But typically when you arrive for your medical vacation, the day you arrive couple of hours ahead of time, couple of hours before surgery we'll do the EKG, the blood work and the x-rays. So that's what we did today. First, we did the EKG, and then secondly, we did the x-rays and then lastly, we just did the blood work. So those are the three tests that we do for the pre-op test, and then the next step we'll be going to surgery. And for that we'll see you on next Thursday, one week from today. 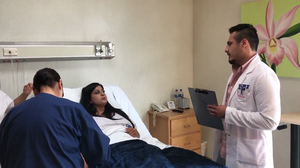 Before, During, and After Bariatric Surgery 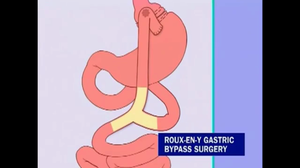 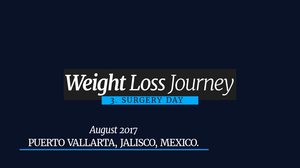 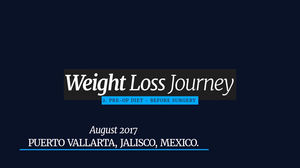 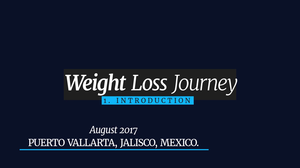